Exploring The Area Around The Cuban Capitol Building (El Capitolio)

Exploring The Area Around The Cuban Capitol Building (El Capitolio)

Where is El Capitolio in Havana?

El Capitolio, the Cuban Capitol building, is a large domed building, located on Prado street, on the border of Old Havana and Central Havana. It was modeled after the American Capitol building in Washington D.C. The large manicured campus directly beside the Capitolio building is called the Parque Central. Just north of the Capitolio you will notice the Gran Teatro de La Habana, which is one of the most ornately designed buildings in Havana and where the national ballet performs. The Capitolio is an important landmark for orienting yourself in the city. The building faces east and everything in front of it is Old Havana. The neighborhood of Central Havana starts west of the building (behind it).

Below, you can see a map of the area.

Whenever you are in Central Havana or Old Havana, you should always be able to orient yourself simply by determining where the Capitolio is located.

Why is the Capitolio Important?

The area around the Capitolio, acts as a central traffic hub for the city. Communal taxis coming into the city, or driving to the outskirts, almost always stop on Prado street, in front of the Capitolio building, and it often acts as either the beginning or end of their route.

Moreover, the city plan of Havana, especially for the neighborhoods of Old Havana and Central Havana has been completely shaped around the Capitolio building as the focal point. In this area of the city, all the most popular streets are located near the Capitolio.

Obispo street, in Old Havana is just east of the Capitolio. It is the largest shopping street in Old Havana. It is highly tourist-oriented and lined with upscale boutiques selling art, crafts, souvenirs and clothing. On a weekend this street will be so crowded that you will have trouble walking. The crowds and commerce spill out onto side streets as well.

Neptuno is probably the busiest street in Central Havana. It starts just two streets north of the Capitolio and winds its way through the neighborhood, passing through some of the most congested shopping areas in the city. Neptuno it is also a major taxi route for travelers going to Vedado. This is discussed in detail in the Real Havana Guide Book. Walking along Neptuno can feel hectic but it will also give you a window into the average daily life in the city. Also, there are many street food stands along Neptuno and almost all of the delicious, cheap foods which are discussed in the Real Havana guide can be found in shops along this street.

Zanja street starts just south of the Capitolio. It runs through the middle of Central Havana. It makes its way through some of the poorest areas of the neighborhood, including the old Barrio Chino (Chinatown) district. In recent years, there has been a concerted effort to modernize this area and that can be seen in the clusters of new, higher-end paladars and food stands which are popping up along Zanja street.

Reina (Simón Bolívar) starts just south of the Parque Central, which is located beside the Capitolio. It’s a mecca for small shops and street vendors, who sell not only food, but also handmade clothes, shoes and household items. Several bazaars and flea markets are located near the eastern end of Reina, which are always interesting to browse. Closer to the Vedado neighborhood this street takes on the name Carlos Tercero. While small shops continue to spill onto the sidewalk in this area, the major attraction is the huge, spiral shaped Carlos Tercero shopping center.

Avenida de Italia (Galiano) is one of the most famous streets in Central Havana. It is lined with large shopping malls as well as a few large discos, clubs, theaters and music halls. Even if you have no desire to shop at all, it is always fun to walk down this perpetually bustling street and see the locals going about their business.

Here are a few photos of interesting locations around El Capitolio. The area is great for sightseeing, shopping, visiting museums, spotting old cars, watching sports training (boxing), drinking, dining, dancing, nightlife and having great fun, any time of day. For more complete info on the photos below, simply check out the photos section of this site. 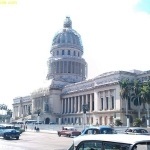 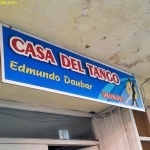 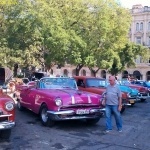 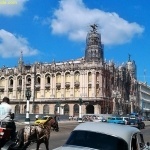 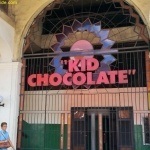 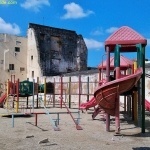 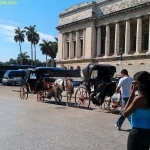 Horse carriages in front of Capitolio 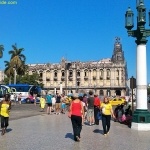 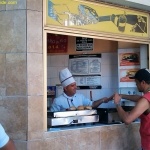 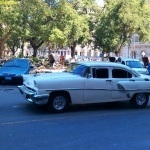 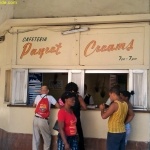 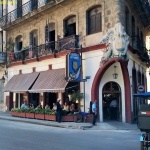 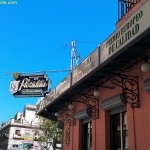 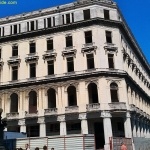 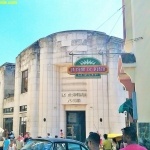 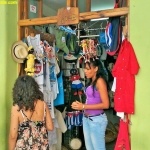 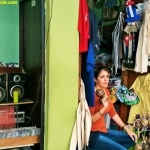 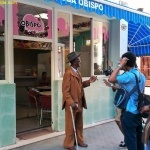 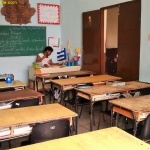 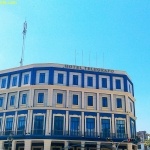 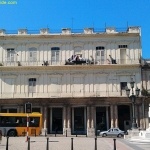 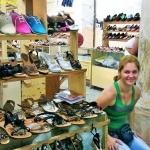 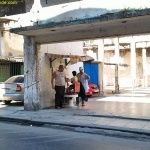 Want to learn about the area near El Capitolio, and how to explore Havana like a local?

How to use a communal taxi to get around the city?

Where to get great tasting food at an obscenely low price?

Where to dance and have fun, like a regular Cuban?