In order to make any purchases in Cuba, you must use Cuban currency. There are two types of currency in Cuba. The convertible peso (Peso Convertible) and the Cuban peso (Moneda Nacional). 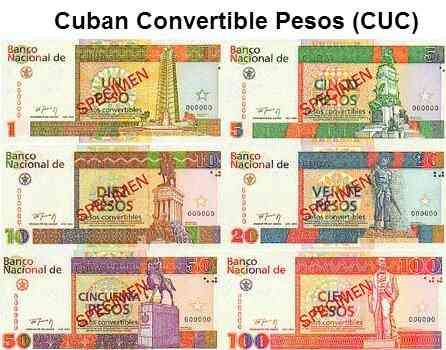 The convertible peso is traded at the same value as the American dollar. It is typically referred to as the CUC (pronounced like the English word cook). It is the currency that most foreigners use in Cuba. It has a high buying power and is the only form of currency accepted at hotels and large state-run stores. The CUC can be broken down into 100 centavos (cents).

Note: If you are exchanging American dollars to CUC, there is an additional 10% tax for the conversion, meaning that your American dollars will only get 90% of their converted value. For that reason, it is always more economical to use Canadian currency or Euros when converting to CUC. 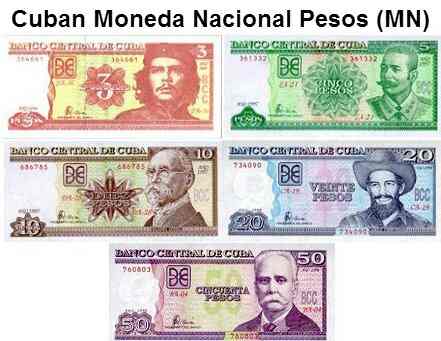 The Cuban peso is usually referred to as the Moneda Nacional. Its name is commonly abbreviated as CUP or MN. It was the historical currency used in the country and its purchasing power has been highly eroded over the years. Most state workers are still paid in Moneda Nacional and the majority of Cubans use this currency for most of their daily transactions.

1 CUC is equal to 24 pesos in Moneda Nacional (MN). Calculated the other way around, 1 peso (MN) equates to about 4 cents CUC (4 centavos).

Interesting Fact: The Cuban government has recently decided that it will eliminate the dual currency system. They plan to eventually merge the CUC and the Moneda Nacional into a single common currency. A time-line for this unification has not yet been established. In preparation for this merger, many state stores (restaurants in particular) have begun accepting payment for their offerings in either currency. The exchange rate which many of these locations offer is usually 1 CUC = 23 MN. This is slightly inferior to the 1:24 rate charged at CADECA exchange houses.