Tips for Traveling Through Cuba and Havana as a Single Women

I always get lots of questions from single women who are planning a trip to Havana and Cuba. Their main concerns are safety and the nightlife scene. I recently had the opportunity to chat with a woman on Reddit who is planning a trip to Cuba. The following are some of the questions she had and the answers I provided her. After she returns from Cuba, she has promised to write a little report to tell us about her experiences and some other tips which she found useful as a solo female traveler in Cuba and Havana. 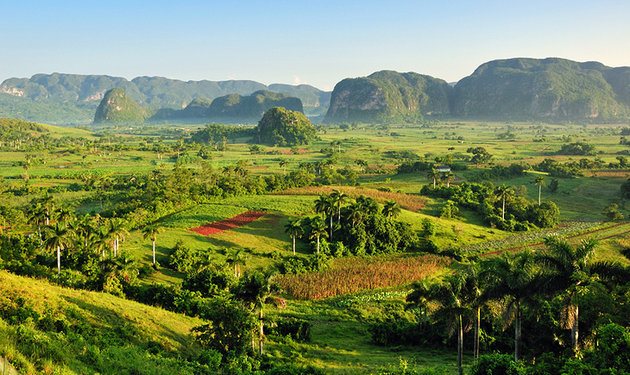 Is it safe for a woman to travel solo through Cuba? Anyone know any good one day tours from Habana to Vinales? How could I get to Trinidad from Habana? I plan to stay 1 week in Cuba.

My advice would be to use the Viazul bus service to get around from Havana to Trinidad or to Vinales. If you are just going for 1 week, you will be wasting a lot of time in transit if you want to visit Trinidad and Vinales. You would be better off just hitting Havana and then either Trinidad or Vinales.

Basically, Vinales has better natural and scenic beauty. Trinidad has better architecture and history. Both places are far from Havana and in the deep countryside.

I recommend you stay in casas particulares. For Havana you should make reservations ahead of time. For Trinidad and Vinales, you can just reserve a place when you arrive. At the Viazul bus terminals in these town, the locals will cluster and basically beg you to stay in their casas. You can snag a great deal just as you get off the bus. For example, if you reserve a place online, you might pay 25 to 30cuc per night. You can probably get an even better place for only 10 or 15cuc per night from a local waiting at the bus stop. They usually have photos and descriptions of their casas and since the towns are so small, they are usually just a few minutes away.

You really don’t need a tour for either Vinales or Trinidad. Both places are small. The town of Vinales is less than 2 km wide. Trinidad too. You are best off just taking a horseback ride to see the interesting parts around the town. Your casa landlord in either Trinidad or Vinales can organize this. It usually costs about 20cuc per person for a tour lasting a few hours. You get to gallop around the countryside, see tobacco fields and drink rum and sugar cane juice. Maybe explore a cave or go up some nice hills.

If you don’t like horses, then the landlord can find you a walking guide. It will probably just be some local kid in his teens who will show you some cool places. If you know a bit of Spanish it is very helpful. If not, just go with the flow.

Women travel solo to Cuba all the time. I operate a tour website and I get tons of solo clients. You won’t get bothered much by street hustlers. In Havana, if you go to Old Havana, sure, you will have some guys whistle and ask your name and where you are from. But they won’t do more than that. They are harmless. They mostly stick to Old Havana since that is where 90% of tourists stay. If you go to Vedado you would be lucky to find anybody who will even look at you when you pass by. And in a small town like Trinidad or Vinales, most people will ignore you. People there usually don’t speak English well and will assume you don’t speak Spanish. 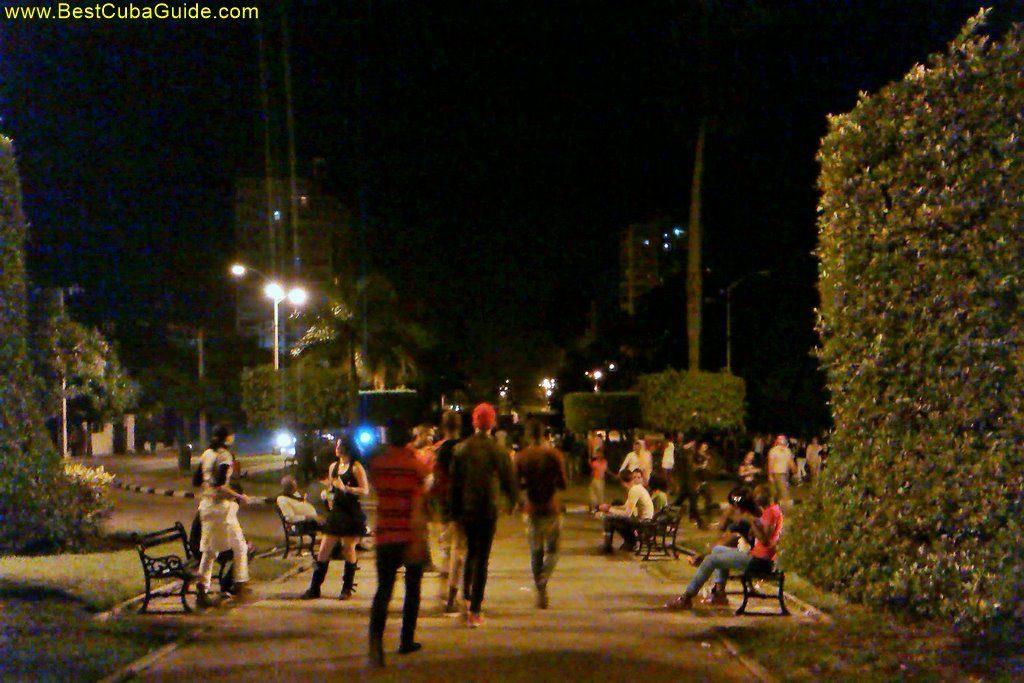 Avenida de Los Presidentes at night is fantastic. It’s a top action spot in the city. Just come here and relax on the benches and listen to the locals play music. Grab a beer at the outdoor bar. Make some friends. This is the place to be for a great evening in Vedado.

I think my concerns are also about what to do after 6PM when it gets dark and I won’t have wifi. I’m not keen on going out alone in a foreign country that I don’t know much about (I’ve traveled alone to places before, it’s the uncertainty). I’m thinking… 4 nights in Havana. A day tour to Vinales. 2 nights in Trinidad.

I would say skip Vinales. As beautiful as it is, it will take long to get to and it is completely opposite of Trinidad. So the trip from Vinales to Trinidad would take like 7 or 8 hours. Trust me, those long trips are not fun when you are on vacation. Trinidad is basically just as nice as Vinales anyway.

Also, what age are you? It makes a bit of a difference. And what would you like to do for fun after 6pm?

I say, forget the bars or discos. They will be filled with foreign men and young, local girls. You will be out of place. You will have much more fun with outdoor venues. Hang out on the Havana malecon in the evening. There will be thousands of locals there, drinking, chatting, playing guitar and having fun. It is very safe. Young locals will chat with you. Just be friendly. Fun things happen. Stick with the younger crowd if you are young.

Or walk to the corner of 23 and G. There is a nice outdoor bar. There are always thousands of university students hanging around along G street. It’s a chill atmosphere. Very safe too.

In a town like Trinidad, there is less nightlife. You will probably be tired by 8pm anyway. Most locals just sit in the main town square and pass a few hours before bedtime. People watching is fun. In Trinidad there is the Casa de la Musica which is an outdoor venue where you can mingle with people, drink and dance. You won’t be harassed by anybody. And if somebody comes to chat with you, just chat. The people are usually really well educated and fun to speak with. There is also the Casa de la Trova, which is similar. For something really different, there is Disco Ayala, which is located a little bit outside the town. It is a disco inside a cave, with a party that goes on all night.

Fitting in and nightlife in Havana

This is a very popular club for local Cubans, especially on Thursday, when matinee shows run from 5pm to 9pm (entrance price $2).

I’m in my late 20’s. I was hoping to maybe take some salsa lessons, check out the jazz scene, maybe catch a show. If possible I would like to check out the nightlife at least once. I’m open to a lot as long as it’s safe. I consider myself to be friendly and I am fluent in Dominican Spanish (VERY similar to Cuban Spanish). And I THINK I could maybe pass for Cuban, looks-wise from far away? Maybe not so with my North American apparel/style/demeanor.

Also, I was thinking about bringing an iPad for writing/blogging about the trip? Or could that attract attention/be an extra liability?

Ok, well that changes a lot. If you speak Dominican and look a bit Latina, then really, you will be fine. Don’t worry about safety. I mean, be alert, but know that Cuba is one of the safest countries in the world. You probably should worry more about foreigners in Cuba than about local Cubans. Most problems occur when tourists get drunk.

If you look Latina, you will be cat-called. But, it’s like that anywhere. Not really a big deal.

As far as apparel, Cuban women get dressed up. And American fashion is always popular. Chances are you will fit in well. As for the iPad, they are very popular in Havana. There is wifi available on 23rd street, outside the Habana Libre Hotel. You can buy a wifi card from a re-seller for about 4$ per hour. You will see hundreds of Cubans using their expensive iPhones and iPads to log onto the slow wifi connection. You will definitely not look strange with a new iPad.

As for the night life, if you like salsa then you might like going to El Diablo Tun Tuns night club for a Thursday matinee from 5pm to 9pm show with dancing (2cuc entrance cost). It’s the hottest place for locals. It’s in the Playa neighborhood and any taxi can take you there for about 5cuc. You can take a communal taxi as well, but you have to know what you are doing (I describe the main routes in my Real Havana Guidebook). The show is on Thursdays. It’s a fun place.

Also, there is the Casa de la Musica. At night it becomes a hook up disco for tourists, but during the early shows, from about 7pm to 10pm I think, there are locals and lots of dancing. Sometimes it is good at night too, with no tourists. I went once on a Thursday night and there were only locals dancing. I had a very good time. It’s at the corner of Neptuno and Galiano. You can walk by on an evening and see what the line looks like or ask somebody what kind of show it is. It’s a good time. You just dance… nobody will ask anything from you. It’s just fun.

Cuba is a very safe country to visit. You should always be aware of your surroundings, but overall, it is one of the safest countries in the world. The nightlife is great too. But be aware that since most Cubans do not have much money, they cannot spend much on nightlife parties. Cuban’s don’t really go to bars or discos much. They prefer to simply meet up with friends, usually in public places like parks or along the Havana waterfront (malecon) and chat, have drinks and play music. If you get into the spirit of things, it can be one of the best experiences of your life.