How Poor is Cuba?

The image above was being tossed around the internet a few days ago. It basically states that the average wage in Cuba works out to about 5 cents per hour. I have received a few emails from readers asking me if Cuba is really this poor? If the average citizen really makes this little money per hour and per month? And how it is even possible for anybody in the world to survive on a salary this low? In this short article, I will explain how the Cuban work environment functions and what the true wages are, when accounting for government subsidies.

It has been stated many times from international government sources and from NGO’s worldwide that the average Cuban salary equates to only about $20 per month. Starting with this figure, we can work out, that based on a worker working 9 hours per day, 5 days per week and 4 weeks per month, (total 180 hours), that the average hourly salary is about 11 cents per hour. Now, this takes into account many assumptions which may or may not be correct. It is likely that if you are only earning 11 cents per hour, then you are probably not really working hard for 9 hours per day. I would say that the average work day is closer to about 7 hours. So, already, simply making some simple assumptions and using internationally recognized wage figures for Cuba, we arrive at an average hourly wage of about 12 to 15 cents per hour. This is much higher than the figure shown in the graphic above.

Further to that, I can say that with the recent government programs to stimulate private business and limit government intervention in the workforce, I believe that the average wage in Cuba is slightly higher than the $20 per month figure. I would peg it as being closer to $30 per month. It’s not a huge difference in nominal terms, but it is significant. From this, we get to an approximate hourly wage of more than 20 cents per hour.

Despite the average wage in Cuba looking like it is extremely low by western standards, we must now factor in the actual cost of living in Cuba. As most people know, Cuba does not have a capitalist economic system. The fact is that the country is communist/socialist, meaning that most workers work for the state and they receive low monetary salaries, but the state provides for them in different ways. We can take a look at some of these economic subsidies to see how they influence buying power for the average Cuban.

Bottom line, Cuba is not nearly as poor as you think. It has large, developed cities. The population in general is happy with their lives and the economic system. This would not be the case is there was rampant starvation and economic unrest. It is not enough to simple dismiss the lack of upheaval as being attributed to a communist hard line regime which would crack down on opposition. History has shown that opposition to the government has been low since the Cuban revolution and even when there was dissent, the government was not particularly harsh and actual jail time is low. Things were generally worked out peacefully. If the Cuban government was really simply a dictatorship, it would not still be around and thriving after 60 years of reform.

And in Cuba, it’s not all about money. We can look at some of the other benefits that the average Cuban enjoys. The World Health Organization rates Cuba’s water quality as among the best in the world and ranks its citizens nutrition levels, health and life expectancy as among the best. Despite the average Cuban salary being about $30 per month, it is just enough for the average person to cover all their expenses and to enjoy a few outings with their friends once a month. The lifestyle is not that different from the average westerner. There are less comforts and fewer high end products (no large screen TVs or deluxe computers), but overall, Cubans are far better off than some of the poor African countries where people starve to death daily. 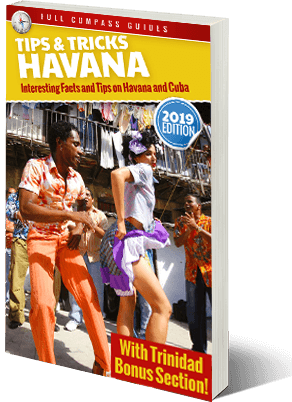 Do you want to learn even more about Cuba?

The Real Havana guide describes the average life in Cuba and Havana in full detail.

You can download a free copy of the Havana Tips and Tricks guidebook for a great preview of all the interesting topics.