The Best Places for Nighttime Action in Havana, Cuba

Even if you’ve never been to Havana, you’ve probably heard stories about how Cubans love to party and have a great time. In many respects, Havana is one of the top party destinations in the world. But since the average Cuban local only earns about $30 per month, budgeting is of major importance when planning a night out. Rather than going to a fancy bar, disco or nightclub, Cubans have perfected the art of casual, free hangouts.

At night the streets come alive with beautiful, scantily clad people looking to have a great time without spending money on club entrance fees or expensive drinks. Friends buy cheap bottle of rum, meet up in a breezy, outside location, play some music and dance the night away. It’s a carefree and entertaining way to spend a night.

The following is a list of the top 3 free, nightlife hotspots in Havana. Next time you’re in the city, skip the club scene and hang out with the locals. You’ll be sure to have a great time and make some friends too.

Between Avenida De Los Presidentes’ four lanes of traffic, there is a very wide median with hundreds of benches and ornately trimmed trees. On most days, people come to this area to relax, read or eat lunch. At night, this area really comes alive. It is a popular meeting spot for young people who come to lounge on the benches and relax on the grass, under the trees.

Most of the revelers are university students and artists who live in the Vedado neighborhood. The largest crowds gather close to the corner of Calle 23 (23 Street). There is a cheap, open air bar as well as several cafes, restaurants and state-run cafeterias which ensure everybody has enough to eat and that the party goes on late into the night. 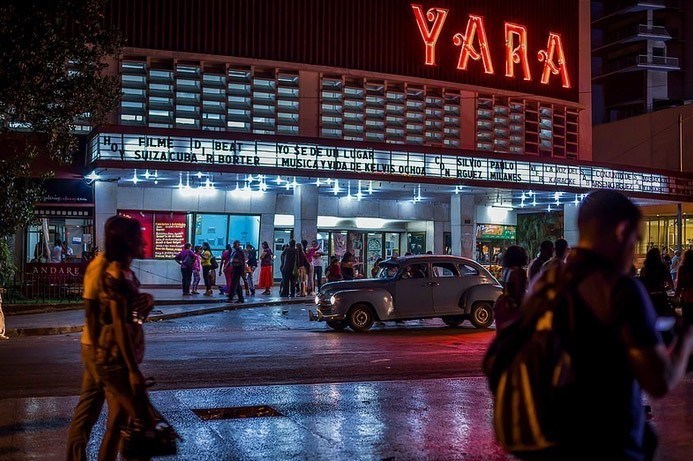 La Rampa, also called Ave 23, is a busy road which cuts across the Vedado neighborhood from east to west. It is the most popular street in Havana, both for traffic and for shopping. Day and night, there are thousands of people walking along this street. Here’s why:

So, head on over to La Rampa, grab some cheap beers and spend a few hours hanging out on this street. Even if you are shy, it won’t be long before locals invite you to join their party.

#1 The Malecon at Night 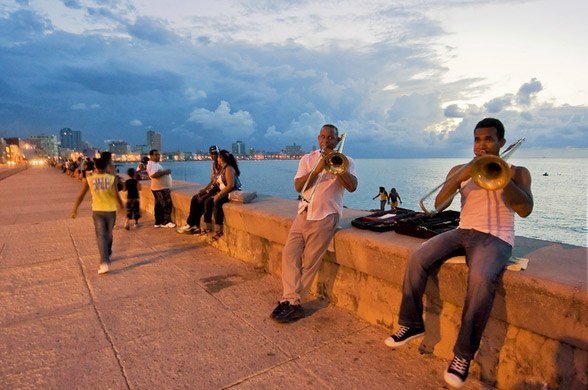 The Malecon is a massive sea wall which runs along the northern edge of the city, but it is busiest in the Vedado neighborhood. During the day, it is a popular meeting spot and a common place for locals to come to relax. Many Cubans also fish and swim in the coastal waters. In the late evening and at night, particularly on weekends, thousands of locals flock to the Malecon, sitting down on the wall and chatting with friends, playing music and drinking. It is a cheap form of entertainment and an excuse to leave the house, especially on hot nights.

The main party area is near the corner of the Malecon and La Rampa. On occasion this area becomes so crowded that it is closed off to car traffic. Thursday, Friday, Saturday and Sunday nights, this is the place to be. Even in a city with so many entertainment options, spending a night sitting on the Malecon is still probably the best way to have fun and interact with locals.

As you can see, in Havana, you don’t need to spend a lot of money in order to party and have a lot of fun. With the right attitude, all you really need is a great group of friends, some cheap alcohol and maybe some music to dance to. It’s unpretentious. It’s lively. It’s what having fun is all about. Next time you’re in Havana, join in on the action. You certainly won’t regret it.

Learn More About Partying in Havana, During the Day and Night