Can You Use American Credit Cards in Cuba?

A few weeks ago when I was in Cuba, there was a family from the USA who had some money issues. I had organized a taxi tour for them, and I ended up doing the pickup and the tour, so that’s how I met them. The family only had credit cards with them – a few American cards, and a card issued from the UK. They had not brought any cash to Cuba because they heard from a “reputable source” that they could use credit cards.
Hint: As of the writing of this article (September 2016) you cannot use American issued credit cards in Cuba. I don’t care what article or news report says that you can use the cards… you cannot. They are useless.
Anyway, long story short, they could not get any of the cards to work anywhere in Havana (and we spend hours visiting all the banks and major exchange offices). The USA cards were useless (as I had already known), and the UK cards, despite theoretically being supposed to work, did not.
I was not going to sit by and have this family’s vacation spin into a horror story on their first time in Cuba, so I lent them money to get them on their way. They had enough for a few days, and they said that they would work on getting a Western Union transfer. 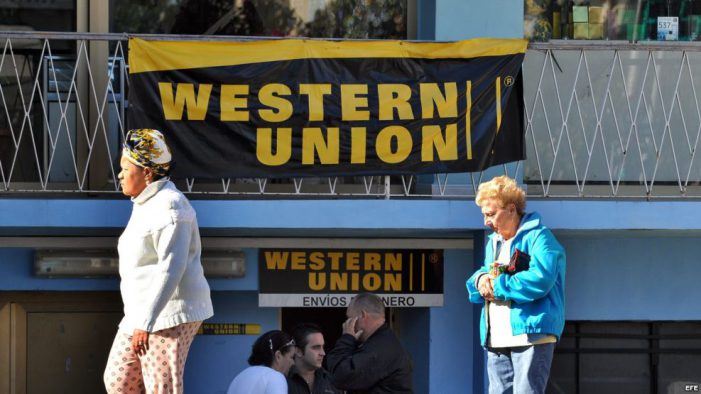 Does Western Union work in Cuba?

After a couple of days of trying, the Western Union transfer worked. The American family explained to me how they were able to use the Western Union service to get money in Cuba. First, they had a friend in the USA send the money through Western Union to a Cuban woman (whom they found standing outside the Western Union office in Trinidad, Cuba). Apparently, the woman simply had to sign a paper at the WU office stating that she was not a communist, and the transfer went through, without a hitch. I have read online that Americans must have a special certificate of authorization from the Treasury in order to send money to Cuba. In reality, I think this is either old information or this rule never existed. This family for sure did not have any certificate from the Treasury. Overall, the transfer process with Western Union was rather easy.

Do Non-USA based Credit Cards work in Cuba?

In theory, non-USA based credit cards should work fine in Cuba. Cards from Canada, Australia, the UK and from many European countries are accepted at exchange offices in Cuba and money can be extracted from the cards. In practical terms, even if you bring a non-USA based credit card, it will be very hard for you to actually get money off of it. That’s just the way it is in Cuba. The family I mentioned above had a UK credit card and we went to over a dozen different banks and CADECA exchange offices, including the main international bank branch in Old Havana, and they were not able to use the card to extract any cash.

Why? A million reasons… One day it could be that “the system is down,” which basically means the computer or the server or the telecom signal is not working and that means that no transactions can be done that day, or that week. Or maybe the electricity went out (which is still very common) and no transactions can be completed. Or maybe there is fumigation and the bank is closed (happens all the time). Or maybe, as is one of the most common “reasons,” nobody knows why your card doesn’t work. This was the case with the American family I mentioned. All the bank tellers looked at the UK based card and said it should work. The system was working fine. The bank had electricity. Other people were successfully extracting cash from their credit cards… But for some reason, this UK based credit card just would not work.

Trust me, you don’t want to be stranded in Cuba without money. Bring cash and avoid this hassle.

Funny enough, a day later another American found me walking in the street in old Havana and asked me for money because he said he only came with credit cards and they were useless. Now, I was not going to start being a bank for everybody, so I told him I could not give him anything. I suggested that he take his credit cards to the US embassy, and ask for help there. I don’t know in the end what happened.

In the past, Western Union transfers to Cuba only worked via the USA. I have heard previously that it was not possible to do a transfer via Western Union from Canada to Cuba. Although it seems that in March 2016, the Western Union company expanded their money transfer options and has allowed the transfer of money from Canada (and many other countries) to Cuba.
There are some people who have asked me about money transfers to cell phones in Cuba. I believe that this is not a practical option. In theory, you could electronically top-up a Cuban citizens cell  phone using a credit card and an internet connection. Then the Cuban would pay you in cash, minus a small commission. The plan would work, but Cubans typically load up their phones with 10 or 20 cuc at a time, max. Nobody I know would accept a 200$ phone recharge and then pay you out 200 cuc in cash. So for practical purposes, this plan is unlikely to find many takers.

Asistur is an insurance company in Cuba. If you arrive in Cuba and want to buy medical insurance, you simply go to an Asistur office, get on a plan, and you are insured. They have offices all over Cuba at the international airports. It’s a very popular service. Cuba is starting to market itself as a medical travel destination. You see many posters and handouts in airports and large hotels about how you can come to Cuba for medical care and save tons of money. Asistur works hand in hand with that, as you have to have medical coverage in Cuba in order to get official medical care as a foreigner.
Asistur also offers small loans to tourists and help with luggage claims. It’s like a catch all service that you can call and they will try to help you when you don’t know anybody else. But most of their business is travel and medical insurance in Cuba. For practical purposes, I do not think they would be very useful in giving you a loan or a money advance if you arrived to Cuba without any cash and only an American credit card. They can provide some assistance but you would still need a relative to send money to Asistur to hold as loan collateral. Overall I think Western Union would be the faster, more practical option. 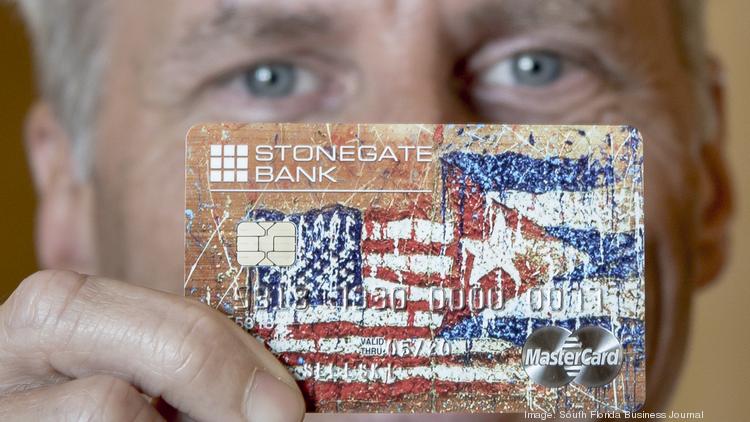 What About Stonegate Bank?

Yeah, I have heard the news that some American company called Stonegate bank now offers American credit cards that can be used in Cuba. Do you really want to take that chance? What happens when you show up to a Cuban money exchange CADECA and proudly show your Stonegate card and the teller just blankly looks at you and says, in fast Cuban Spanish, “the system is down.” Or if the bank teller swipes the card and then tells you, in fast Cuban Spanish, “it doesn’t work.”

If you are charming enough, maybe the teller will swipe the card again for you, just to make sure. But I guarantee you, if the card doesn’t work on the second swipe, then you’re not getting money from that card. The teller won’t call Stonegate. You can’t plead your case to the Cuban bank manager. You won’t get sympathy from anybody. You’ll just be another penniless guy roaming around Cuba. That does not sound like fun to me.

Cuba is a cash economy. You must arrive on the island with hard cash. An American based credit card will be useless. If you are coming from the USA, I suggest you bring either USD or Canadian dollars or Euros. Note that there is still a 10% fine for exchanging USD to Cuban CUC pesos. This means you instantly lose 10% of your purchasing power during an exchange. When exchanging other currencies like Canadian dollars or Euros, there is no 10% exchange fee. But mind you, if you are exchanging USD to CAD or EUR at most banks in the USA, you will always incur some exchange fees, and after all is said and done, you might not save that much money by bringing CAD or EUR currencies versus just bringing USD and accepting the 10% fee.

For non-USA based credit cards, even though they should theoretically work in Cuba, you will still likely have many problems finding an exchange office that will be able to get money off the cards. The telecommunications systems in Cuba are outdated and often not working. Maybe you are lucky and your card works and you can get as much cash as you want. But what if it’s just not your day, and your cards don’t work anywhere? It is not worth risking your Cuba trip by relying on a credit card when you could easily bring cash and have no worries.